Available on Nintendo Switch, Xbox One, PlayStation 4, and Steam! 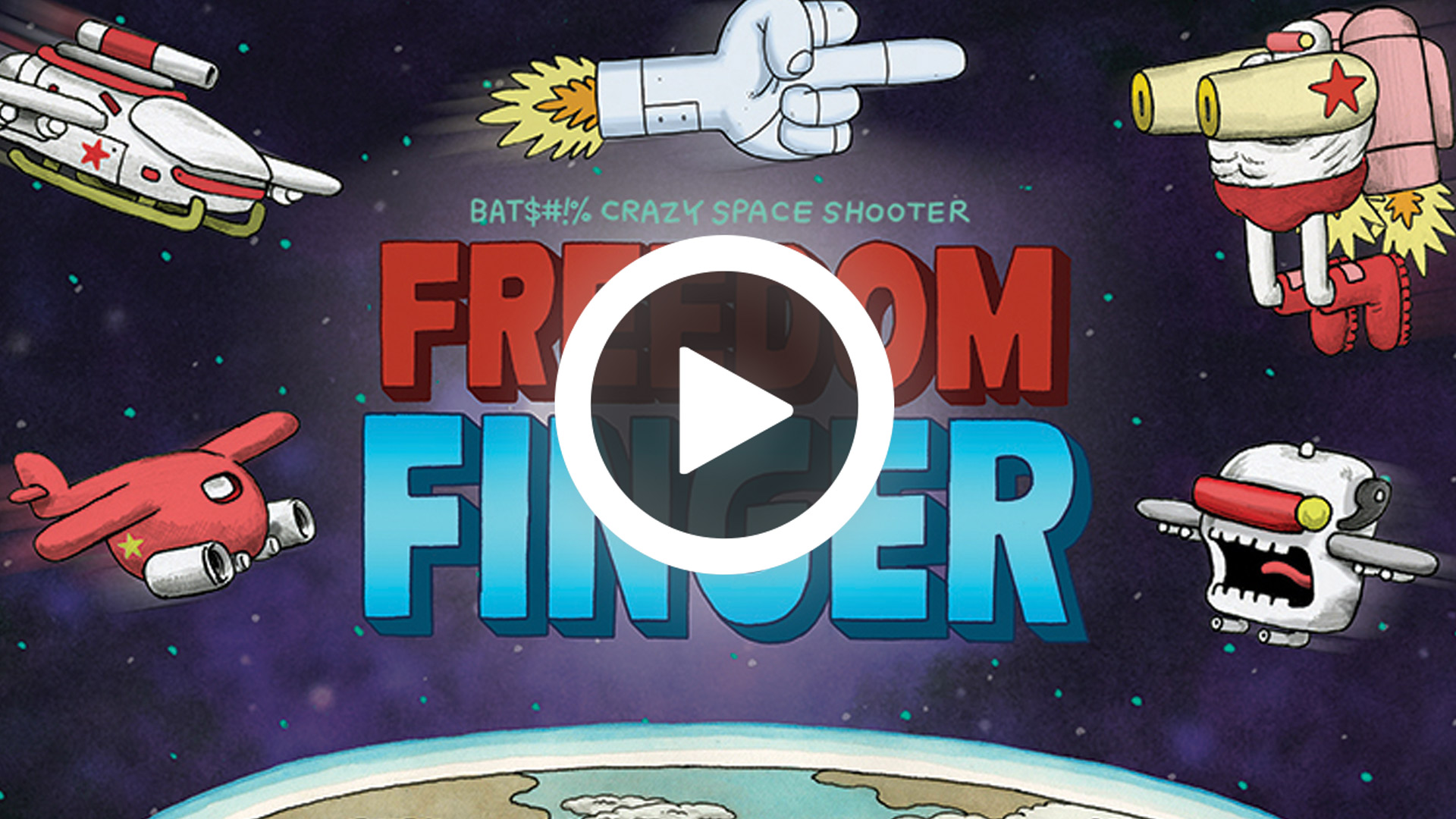 In Freedom Finger players take control of rookie space pilot, Gamma Ray, flying his bad ass, giant, fist-shaped ship and embarking on an intergalactic rescue mission to save lunar scientists who have been taken hostage by terrorists. However, players will soon discover their mission is more sinister than first thought, forcing them to make difficult decisions that determine the fate of the innocent hostages. Players can expect an over the top, satirical, and daring adventure full of laughs and sharp social commentary as the story unfolds over 40 deadly levels of shmup action.